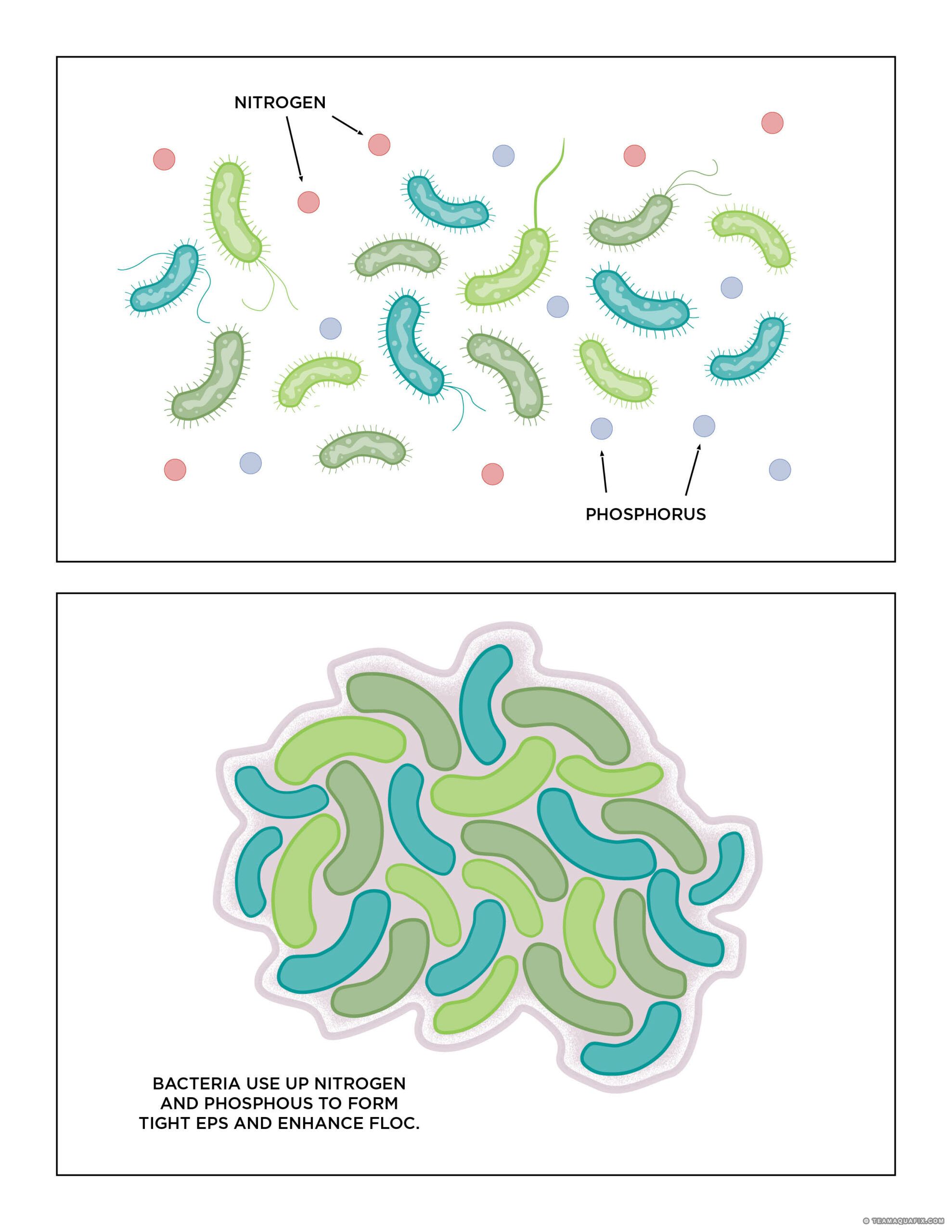 As seen on the left, nitrogen is a key component for keeping the floc together and preventing a slimy MLSS and poor dewatering. Read more about the role of nitrogen in building floc. Accelerator 7 was developed to aid wastewater plants experiencing nitrogen deficiency.

The advantage behind Accelerator 7 is that its easily degradable nitrogen and vitamins are utilized primarily by floc forming bacteria. Nitrogen sources like urea can be consumed by other organisms, like nitrifying bacteria, and force the floc forming bacteria to compete for resources. Besides being available only to the necessary bacteria, Accelerator 7 can be directly consumed, without any additional steps required to make it bioavailable and achieve the nitrogen supplements benefit. 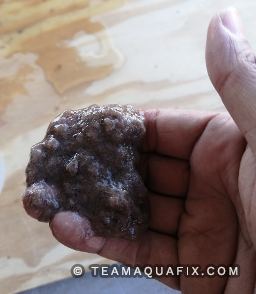 A great tool for industrial wastewater operators, Accelerator7 prevents excess EPS (exocellular polysaccharide sliming) generation by addressing the nitrogen deficiency in a fundamental way. It works great for balancing high sugars in the juice and beverage industries. These processes have high sugar and/or starches in the influent. Accelerator 7 is absorbed into the cell quickly, which prevents zoogloeal bulking. Municipal plants with high sugar waste from local industry will benefit greatly as well. An important secondary benefit of this is less sludge production on the back end of the plant, and easier sludge dewatering.

Nitrogen deficient plants that supplement with the wrong kind of nitrogen, or don’t supplement at all, will often have bulking filaments like Type 021N. Accelerator 7 is the easiest way to get rid of these filaments, restore settling, and get a clearer supernatant. Accelerator 7 overcomes the filament by enabling floc forming bacteria to more efficiently outcompete Type 021N.

The Alernative to Generic Ammonia Sources like Urea and Ammonium Nitrate

Many operators apply additives such as urea in order to boost nitrogen levels in their systems. While this can work in some cases, urea has several limitations.

Our product, Accelerator 7 is designed to outperform urea by providing a nitrogen substrate specifically formulated to be used by heterotrophic floc-forming bacteria to allow them to more efficiently use incoming cBOD and prevent excess slime generation.

Thiothrix/Type 021N are thought to be different forms of the same filament. Thiothrix tends to be more observed in low DO, septic and sulfur reducing conditions. Type 021N is more prevalent in nitrogen deficient conditions.

Type 0092 can cause bulking problems in aerobic wastewater systems but is an important precursor to foaming caused by M. Parvicella. Type 0092 thrives in conditions with very similar food sources to M. Parvicella but in warmer weather conditions.

If low dissolved oxygen filaments are present pair with OxyFresh