In the summer, when the water is warm, it’s natural to have low dissolved oxygen.  For every 5 degrees F warmer, the bacteria activity doubles.  When the bacterial activity rises, so does the oxygen demand. When this happens the plants can get low DO filaments that cause sludge bulking and poor settling.

Aerobic digesters can add to that problem.  When water from a digester, aka “funny water”, is brought back up to the head works, it can cause slight to major upsets.  The water and material in digesters are strong in ammonia and fatty acids.  When this water is brought back to the front, it sucks out the DO. Low D.O. can lead to filaments like Type 021N and excess Zoogloea. This typically will happen in the heat of summer. In the winter funny water can cause effluent ammonia levels to rise. It is easily fixed with the addition of VitaStim Dynamic Duo and VitaStim Rebuild. 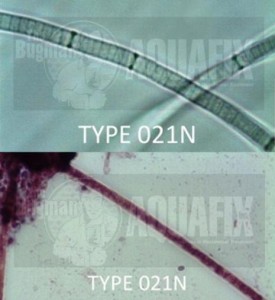 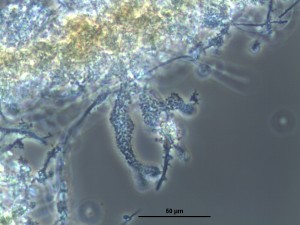 The digester water contains organic matter and chemistry that has been broken down multiple of times. When this is given this food to activated sludge, it’s going to upset them.  For example, when you give a child an ice cream cone, he will get a small sugar rush 20 minutes later, but if you give a child the equivalent amount of straight sugar, he will get an instant sugar rush.  This is a similar situation, but in this case your mixed liquor cannot digest the broken down contaminants and typically die out.  This causes poor settling and ammonia spikes, as bacteria are roughly 10% ammonia.

How to combat low DO and aerobic digester funny water: